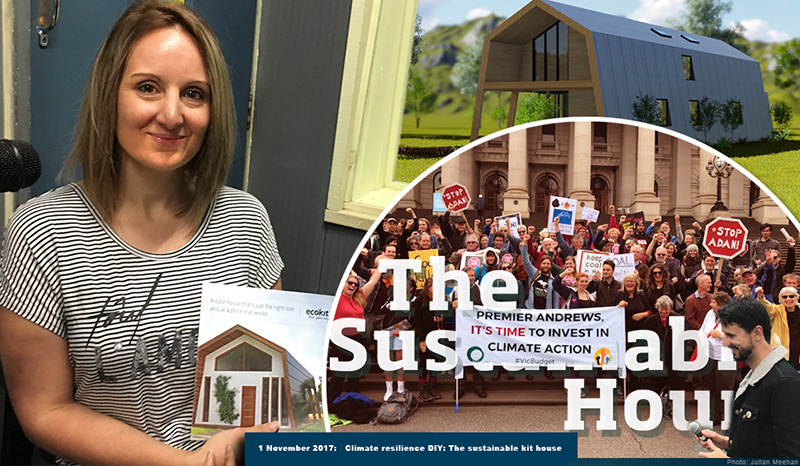 Our guest in The Sustainable Hour on 1 November 2017 is Camilla Novotna, CEO and founder of Ecokit which sells a new concept of small DIY eco houses.

Leigh Ewbank from Friends of the Earth Melbourne’s Act on Climate campaign gives us a report from the Melbourne Day of Climate Action. More info below. 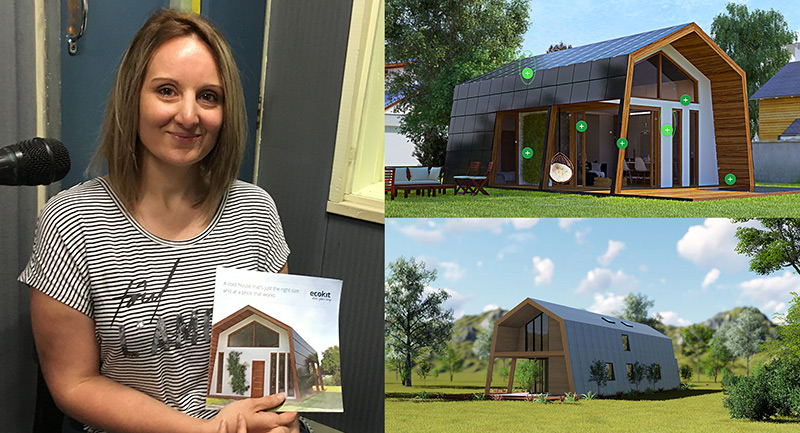 Ecokit is versatile, easy to assemble, energy-efficient prefab kit home that can be built by two people in a few weeks. 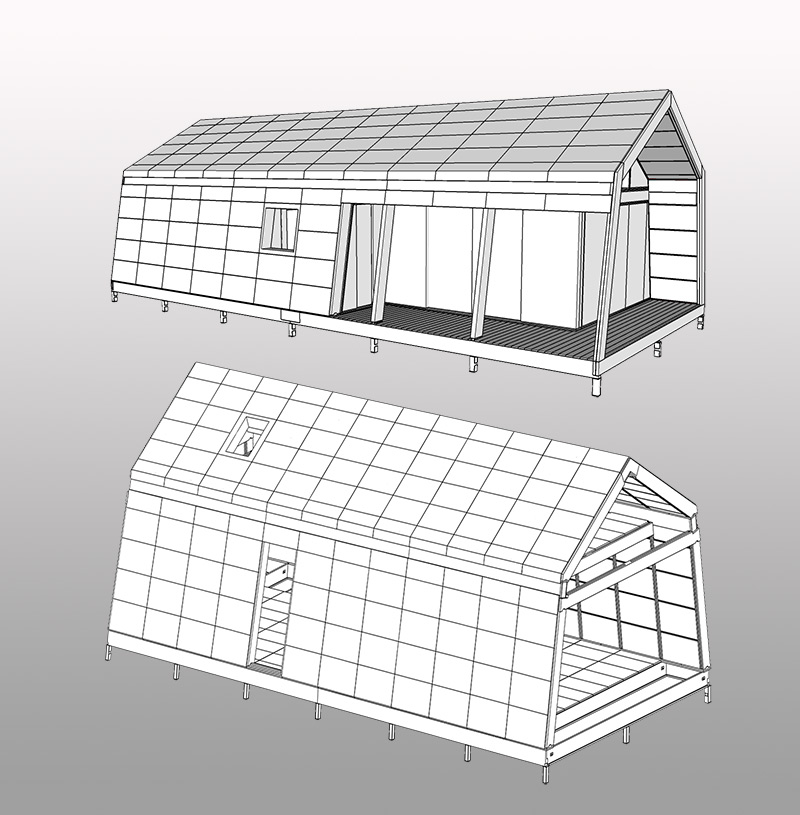 The airtight and watertight house which is currently being built in New South Wales will have minimal operating costs and positive environmental impact.

“The concept of small DIY eco house was created when we investigated an alternative solution to creating small dwellings that could be easily build by an inexperienced owner builder. This was partly due to the high costs and limited options Australian housing has currently to offer,” explains Camilla Novotna.

“For the 13th time, each of Australia’s five major housing markets have won the dubious honour of being rated “severely unaffordable” in Demographia’s annual index. Melbourne came in at six in the study, while Adelaide, Brisbane and Perth were all ranked in the top 20 most expensive cities in the world.”

The American magazine Curbed has written numerous articles about how skyrocketing housing costs have fueled interest in alternative dwellings like tiny houses and modular prefab homes.

On 29 June 2017, the magazine published an article about Ecokit where it reviews the start-up in this way:

“One thing that sets this prefab upstart apart from others we’ve seen is that it offers a true kit house — the customer, not ecokit, will be responsible for figuring out construction, whether that means DIY-ing it or hiring a professional.”

Ecokit is currently building out a prototype house in order to complete the construction documentation and certifications needed to bring the kit to market. Prices start from $150,000.

“A few criteria were paramount during the planning and design phase: The simplicity of the build, the materials and the affordability. Another focus was on the functionality and how the house was to adapt different stages of the occupant’s life,” Camilla explained.

» Read more about the start-up on runwaygeelong.com.au

Leigh Ewbank: “2017 will be viewed as a turning point year”

“When history is written about the successful campaign to tackle climate change, 2017 will be viewed as a turning point year. In Victoria we’ve seen the legislated ban on fracking, we’ve seen a Victorian Renewable Target, we’ve seen the Climate Act strengthened, and we have seen Hazelwood, the most polluting coal plant in the developed world, close. In 10-15 years time, I reckon we will look back, and we will think “Bloody hell, that was the moment when we really started to have the wind at our back.”
~ Leigh Ewbank in The Sustainable Hour on 1 November 2017

Today we celebrated the commencement of Vic's strengthened Climate Act w/ an event in Parl House to discuss "what next" for climate policy. #SpringSt #VicClimateSolutions pic.twitter.com/fMciDOdxV8

1 November was Melbourne day of action on climate change with three events. The day started with a gathering celebrating the Victorian Renewable Energy Target which was made into legislation two weeks ago by the Andrews government, and it ended with protests to stop the Adani coal mine in Queensland:

10:30am: Stand for Victorian climate change leadership on the steps of Parliament House.
11:45am: Stand against the Adani coal mine with Market Forces’ Corporate Villains Tour
1:30pm: Join Quit Coal Victoria at the Stop Adani Rally outside the world’s largest mining conference.

Pleased to make the case for Premier @DanielAndrewsMP to deliver Vic's 1st climate-focused #VicBudget in the Parliament. #SpringSt #VicClimateSolutions https://t.co/OMpFkIRdGa

Many thanks to @LilyDAmbrosioMP for speaking at our event today: “What next for Victorian Climate Change Policy?” #VicClimateSolutionshttps://t.co/oLTFirQ0M4

» RenewEconomy – 31 October 2017:
Gupta plans to take Sydney, Melbourne steel plants 100% renewable
“UK billionaire Sanjeev Gupta says the Whyalla steel works will not be the only asset that will be powered 100 per cent by renewable energy: he intends the bigger steel plants in Melbourne and Sydney to follow suit within years.”

In a normal world, statements like that, coming not from some climate activist NGO but from a respectable and credible health source like The Lancet, would make health authorities and bodies go: “A public health emergency?! Oups, we better drop what else we are busy with and get up to speed with this issue!” 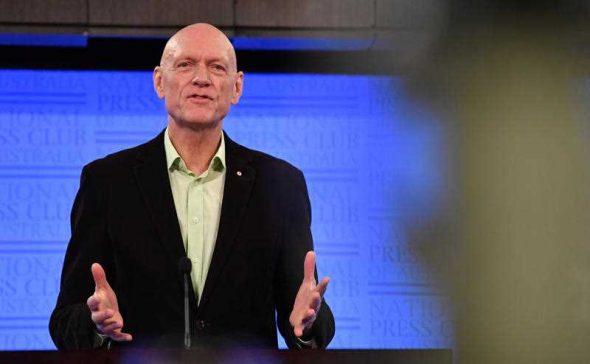 Peter Garrett: “I believe this is the most critical address I have given here”

“The only question is will we decide to live sustainably and protect our future or will we continue to live unsustainably until the future no longer exists for any of us.”
~ Peter Garrett, lead singer of Midnight Oil and former minister

Peter Garrett’s National Press Club Address entitled ‘Trashing our crown jewel: the fate of the Great Barrier Reef in the coal age’ was broadcasted live on ABC News 24 on Tuesday 24 October 2017 at 12:30. A great speech, which you can read in full on Peter Garrett’s home page.

“There is nothing about this Adani project that doesn’t stink to heaven,” said Garrett.

“The public will panic”

“We must declare a global climate emergency.”
~ Paul Beckwith, climate system scientist, professor at the University of Ottawa in Canada

Towards the end of the hour, we played a short audio clip with professor Paul Beckwith who says:

“The extreme weather events will ramp up significantly. If we think they are bad now, we haven’t seen anything yet, they’re going to get a lot worse and then as the Arctic thaws there’s going to be something that absolutely terrifies the public. They’ll be screaming at politicians and scientists, ‘You didn’t let us know this was happening.’ Politicians will have to take very rapid action if they haven’t done so before.

I think it’s important for the media to start bringing this message to the public. Why wait until we lose the sea ice completely? It’s basically a done deal. We’re going to lose the sea ice completely. It’s a done deal. Is it going to happen, there’s a very small chance it could happen this year, it may happen next year, probably certainly before 2020 based on the trends and then the public will panic.

So why not get strong action done now. Why not get governments to declare a climate change emergency?”
~ Paul Beckwith

We proudly joined @GreaterGeelong and other #Geelong leaders in reaffirming our commitment to the #FutureProofingGeelong MoU. pic.twitter.com/WlEX3tceFi


Alan Jones on #StopAdani in Q&A on ABC this Monday

ALAN JONES
“I just go on the facts of the matter. There’s something very smelly about this that the Federal Liberal government, the Federal Labor opposition, the Queensland Labor government and the Queensland Liberal opposition all have got their hands up saying they’re going to support this entity. Now, if Indian banks won’t lend this mob any money and the Australian banks won’t lend them any money… And the ABC – this station here – has done significant and exhaustive work on the duplicitous behaviour of this Adani mob in transferring moneys to the Cayman Islands.

And there are significant investigations about this in the Indian courts. Leading members of the Adani family are before the courts in India, so I don’t understand how we would regard these people as proper people to have the kind of involvement in Australia that they now seek. And yet here are these companies tipping in money to the major political parties and they obviously believe they’re going to secure some kind of benefit. And you’re right about the jobs. That is a complete overestimation of what the jobs might be.

The Galilee Basin is central to the Great Artesian Basin, the water supply to outfits like Jericho and others, who’d lose their water. It’s the source of water for farmers in the region. There’s got to be something on here. There’s got to be people knocking on people’s door with money, saying, “Please vote for us. Please support all of this.” And they’re throwing any amount of money at getting approval.”

TONY JONES
“We’ll make a point here. We’re not making any specific allegations about money being given to any politicians?”

ALAN JONES
“For example, we oppose developers’ money to political parties. Presumably, a developer’s a crook and knocking on doors seeking all sorts of advantages. How come mining money’s OK? They can tip it in and they do tip it in. My little place where I was born, Acland, is being destroyed. We’ve fought like hell against all of this prime agricultural land. Why is mining money OK but developers’ money isn’t? I’m simply saying to the lady’s question here I have the reservations that you have, and I’m not so stupid as not to understand that the money is being tipped into major political parties with a view to getting an end result that they seek, including a billion dollars of taxpayers’ money, for God’s sake, to build a railway line.

Why? When they get to the railway line, they believe further mine approvals will be given and they’ll make a fortune out of the coal traffic along the railway line. This is smelly, no matter how it’s viewed.”

In most countries, the topic of climate change is usually introduced at around the age of 16. Unfortunately, students at this age have largely made up their minds about climate change. ‘CO2peration’ is an interactive, online game developed for children aged 12-14. It teaches climate science in a politics- and emotion-free zone. So around age 12, children’s worldview is still open to change and they can take on board new information in a way that their older selves may not.

» The Conversation:
Why we’re building a climate change game for 12-year-olds 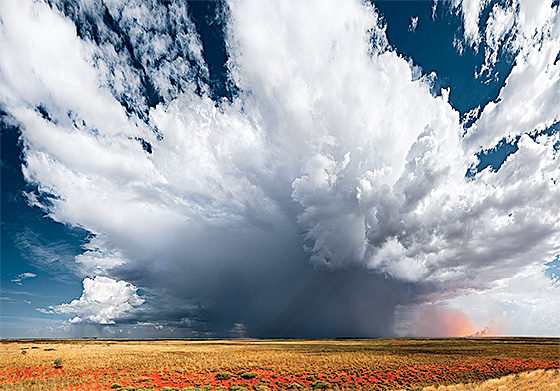 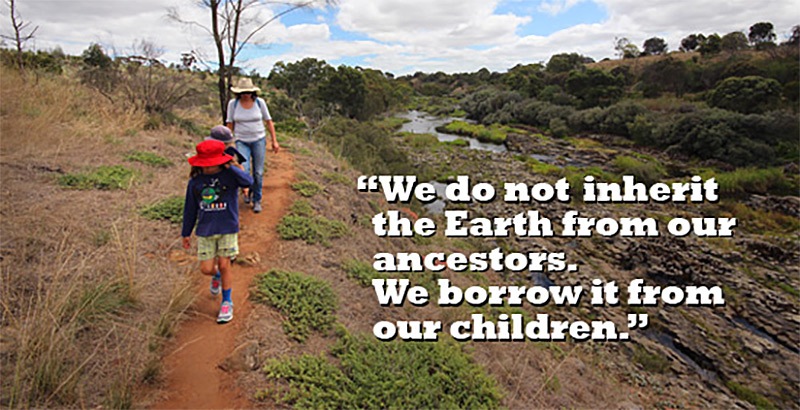 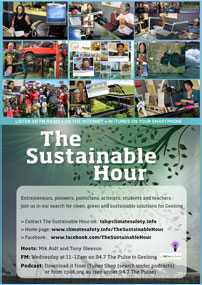 Let the The Sustainable Hour’s listeners know about your green product. To become a business supporter or sponsor, contact: Simon Finch, Marketing & Business Development, 94.7 The Pulse 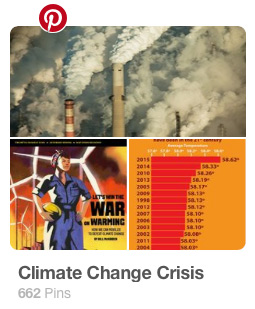 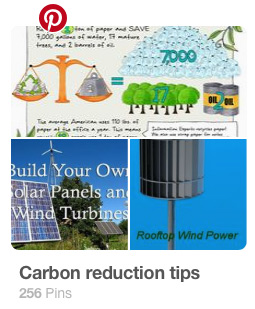 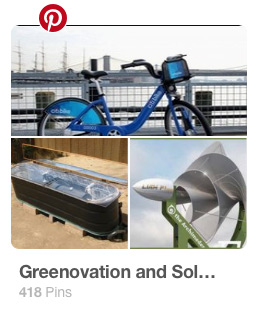