Listen to this week’s news bulletin from Jack Nyhof in The Sustainable Hour on 94.7 The Pulse:


12 August 2015 was the United Nations’ International Youth Day, and inspired by this, Jack Nyhof also produced this special report from Geelong High School and the school’s Green Team:

The bulletin and special report were part of the 85th Sustainable Hour on 94.7 The Pulse, which ran a theme on the intergenerational call for climate action. 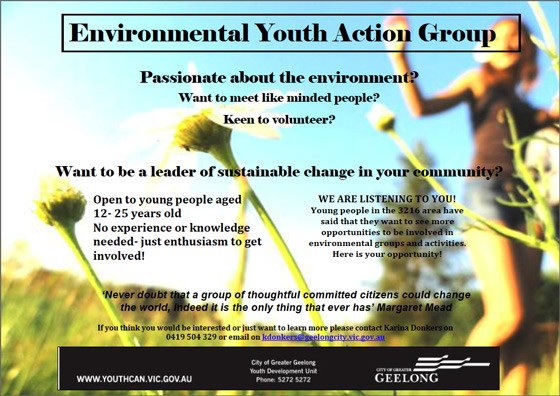 Passionate about the environment? Want to meet like minded people? Keen to volunteer?

Want to be a leader of sustainable change in your community?
Open to young people aged 12–25 years old
No experience or knowledge needed – just enthusiasm to get involved!

WE ARE LISTENING TO YOU!
Young people in the 3216 area have said that they want to see more opportunities to be involved in environmental groups and activities. Here is your opportunity!


‘Never doubt that a group of thoughtful committed citizens could change the world, indeed it is the only thing that ever has’ Margaret Mead 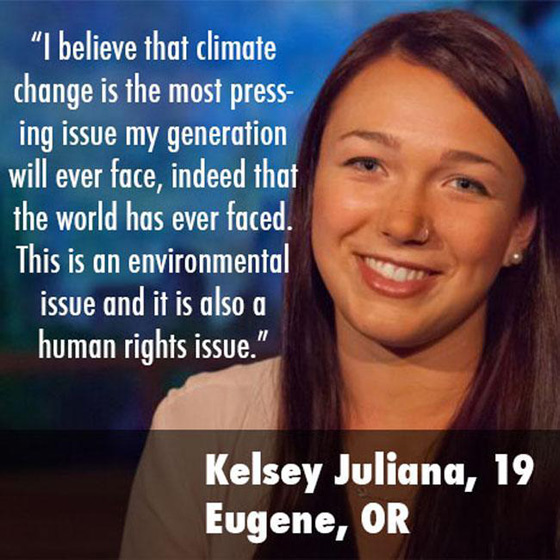 On International Youth Day, 21 young people from across the U.S. filed a landmark constitutional climate change lawsuit against the federal government in the U.S. District Court for the District of Oregon.

The complaint asserts that, in causing climate change, the federal government has violated the youngest generation’s constitutional rights to life, liberty, property and has failed to protect essential public trust resources.

Published on youtube.com on 29 June 2015. More information on www.un.org 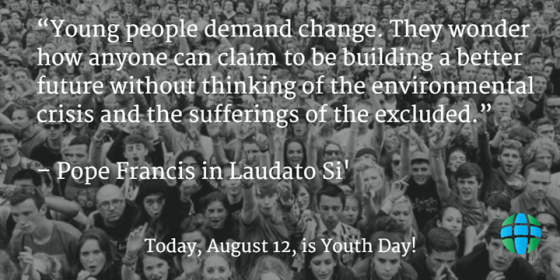 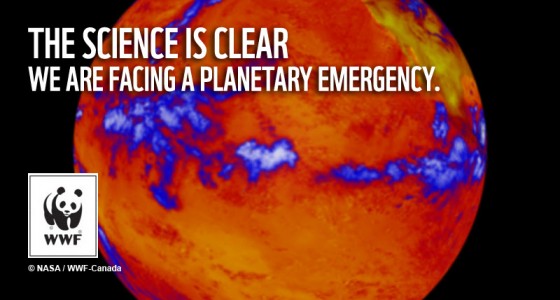 STATE OF THE EARTH

WWF writes: 13 August 2015 is Earth Overshoot Day which means that in less than eight months, we have used more natural resources than the planet is able to produce in a single year. For the rest of 2015 we are living on resources taken from future generations.

Later this year, governments will meet to decide on a new global climate deal. We need them to listen to climate science, think of our one and only planet and take steps to safeguard our future.

The technology is here.
The people are ready. Scientists have spoken.
Progressive businesses are stepping forward.
Now we need governments to take climate action.

Will our leaders listen? Add your voice and send a Tweet to the World! 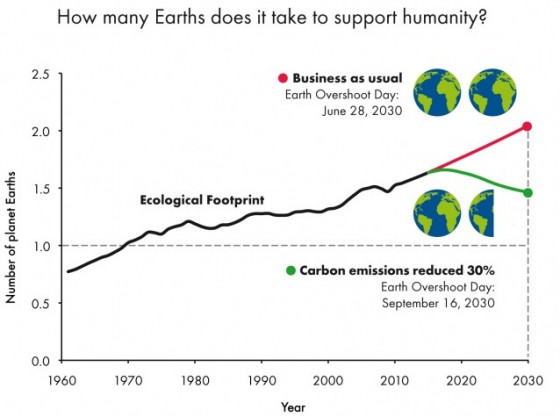 President Tong of Kiribati calls for Global Moratorium on #coal ahead of Paris #COP21 http://t.co/vndo4bUB0q pic.twitter.com/PrIoA2Xsvo

If We Cared About The Environment Like We Care About Sports

Give a FAIL grade to Abbott for his climate inaction

On the same morning when the Australian government announced its emissions target, the Australian Youth Climate Coalition delivered the Prime Minister a FAIL grade for the it’s announcement. “Because like children who haven’t done their science homework, they failed,” AYCC wrote in an email:

Since Tony Abbott was elected, he has left Australia behind the world by cutting renewable energy, declaring dangerous coal mines “good for humanity”, and failing to reduce Australia’s pollution in line with the science.

Share this important information with your friends, OR take the message straight to your MP by organising a snap action in your area, click here to hand deliver the FAIL grade to your local Coalition MP.

In the past week, the government has shown their true colours, with the PM coming swinging for Adani’s coal dangerous mine, favouring coal mines over common sense and communities. We must show the government that their actions do not represent that of the Australian public.

Keen on doing more? Organise your friends to deliver the report card to your local Coalition MP.

We’ll give you everything you need to organise it, supporting you all the way. If you’ve never done anything like this before, that’s okay, we’re here to help!

When world leaders come together in Paris at the end of the year to make commitments to solving the climate crisis, we can’t afford for the Australian government to hold us back. As young people, we’ve got to stand up and fight for our right to a safe climate future.

You can organise your own action in your community by clicking here!

Kirsty, Ella, Kelly and Dan, on behalf of the whole AYCC team.”

More about climate change and youth