Why I am interested in this community solar program


Interviews with Jen Fuller, Sheryl Biddle and Lindsey Fuller recorded after Alex Georgiou’s presentation at Geelong Library on 14 May 2018


Radio podcasts about the project

Sow beauty and free energy, not pollution and destruction

11-minute excerpt of the interview in The Sustainable Hour 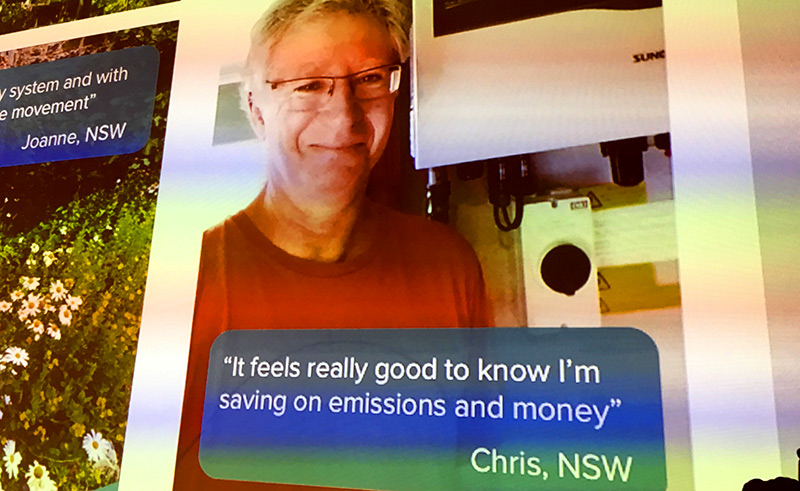 » The Fifth Estate – 15 May 2018:
Bill shock powers a renewables rush
“Almost half of Australian businesses are investing in renewable energy to beat rising power costs and reduce their carbon emissions, according to a new report from the Climate Council.”

» Read more about the community solar program – and sign up for a meeting:
www.shinehub.com.au/geelong

Here is a report for activists and foundations who want to understand how battery storage can become an essential new part of their clean energy and climate advocacy. It tries to answer two basic questions: 1) What do we need to know to understand these opportunities? and 2) What actions should we support to realise them?

The report explores the Top 10 emerging trends for battery storage across all elements of the energy system, and it recommends over 50 actions that should be taken to accelerate battery storage in these topic areas.

» Read the report: ‘Jump-Start: How Activists and Foundations Can Champion Battery Storage to Recharge the Clean Energy Transition’

Taking power into their own hands

C|Net’s Claire Reilly has delivered an accurate report on what is going on in Australia at the moment:

“Tired of blackouts, high energy prices and fossil fusels, communities are ditching big electricity companies and taking power into their own hands.”

“Tyalgum is going off the grid. And for the people in this bohemian town in Australia’s east coast hinterland, the stakes are high.

As the existential threat of climate change grows, people and communities across the world are growing frustrated with governments dragging their feet on environmental policy and investment in renewable energy.

Australia is deeply dependent on fossil fuels, with around 90 percent of the country’s energy generation coming from oil, coal and gas. While other countries around the world go to 100 percent renewable energy, Australia’s federal government is unabashedly pro-coal. While other nations turn to renewables, Australia contemplates building a massive coal mine in the northeast of the country. When debates about volatile power prices hit the news, Australian politicians call for the construction of more coal-burning power plants. In 2017, the deputy prime minister at the time said he would support clean energy targets — if they included coal.

But climate change is real, and Australia is feeling the effects. With unstable energy prices, statewide blackouts and a fierce debate over fossil fuels, more Australians than ever want to take action on electricity.
For the people of Tyalgum, solar is the future.

That’s where the Tyalgum Energy Project comes in. The ambitious project wants to power the entire town with 100 percent renewable energy and, one day, begin selling excess power to the wider local area, turning Tyalgum into a community-owned energy retailer in its own right.
Tyalgum isn’t alone. Far from it.”

“We’re wedded to coal for the time being, but we need to be phasing out of it,” he said. “It’s going to happen sooner or later. Why not do it sooner? And why not get Australia involved in the economies involved with that?”
~ Mick Julien, member of the Tyalgum District Community Association

Renewables in reality: reliable and cheap
“With the diesel generators, there were always blackouts and brownouts,” he says. EDL, the company behind the project, “came in with these two big windmills and the solar panels, and ever since it’s been extremely reliable.”

It’s strange to think that this mining town of 3,500 people has been quicker to adopt renewables than many parts of Australia. But Wright has a message for the rest of the country.

“Just put the bloody solar panels and the wind in and stop telling us it’s unreliable,” he says. “They say, ‘It’s expensive’. But it’s going to be more expensive if none of us can bloody breathe.”

» Read the full article on www.cnet.com


“Why wait for fossil fools when we can build renewables ourselves?”
~ Michael Bones, Head of Engagement at Future Super

» My Future Super – 18 May 2018:
3 Solar Farms That Prove Everyday Aussies Can Supercharge The Renewables Revolution 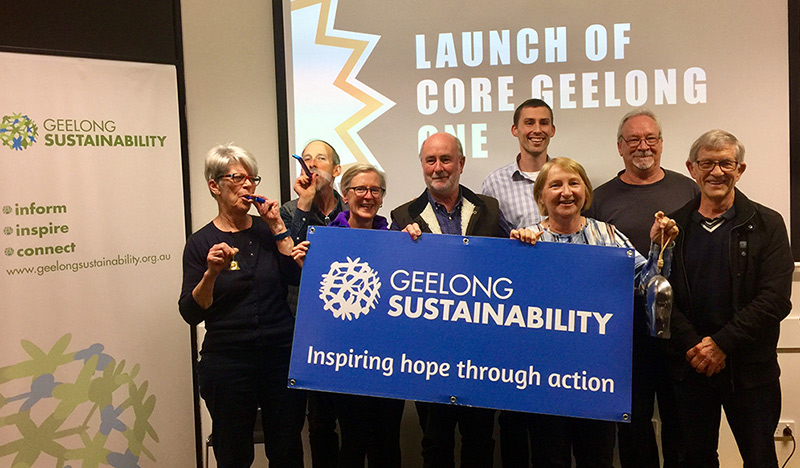 At first, when Geelong Sustainability launched ‘CORE Geelong One’, about 30 people attended the event, where Dan Cowdell gave a presentation about the idea of finding 20 investors to finance the installation of over 500 solar panels generating 156kW on the roof of an aged care facility Multicultural Aged Care Services in North Geelong.

Only one week later, over $150,000 had been raised from individuals in the community wanting to invest in local community owned renewable energy.

“Geelong Sustainability is fully focused on the people power possible through community renewables – proud to be leading our region in the energy democracy movement by enabling community solar to replace big energy,” said Dan Dowdell. “We’ve been overwhelmed by the response since launching CORE Geelong One just seven days ago.”

He explains the concept and how it works in this presentation from April 2018:

CORE Geelong One is now fully subscribed. But you can register your interest to invest in Geelong Sustainability’s next community solar projects, and learn about the application process here:
www.geelongsustainability.org.au/invest-in-community-solar

ABC Landline ran a great episode on community energy projects, which is well worth a look. Australians can watch it on ABC iView on tv.


“There are now 1.8 million households and businesses boasting solar rooftops in Australia, and that number is growing every week. Makes sense considering we live on the sunniest continent on earth! The rooftop revolution isn’t slowing down.”
~ Solar Citizens

» RenewEconomy – 24 April 2018:
Angry and frustrated, more customers are quitting the grid
“Recent data shows that the number of off-grid installations is increasing rapidly: a combination of new homes that don’t bother connecting to the grid, and an increasing number of on-grid homes that have had enough.”

New Report: Shift to #Renewables would save #Australians $20bn a year
https://t.co/kIAPHEVtHS

"State & local gov., households, communities, farmers, & businesses large & small are getting on with the job of repowering #Australia"#EnergyTransition https://t.co/KSLtAGFiPv